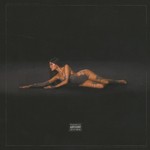 Beer's music career began at the age of 13 when Justin Bieber tweeted a link to a cover she performed on YouTube.

"With my album, I made a promise to myself that this is going to be my time to express honestly and truthfully how I've been feeling. I could finally tell my story the way I wanted to tell it and touch on things like medications that are harmful for young adults that I've been put on, and real shit I've never been able to talk about" - Madison Beer