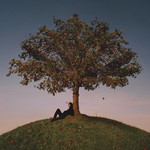 TYRON is a tale of two halves exposing human complexity. Just as with the narrative of his own life, there are always two sides to every story. Side one re-introduces us to the classic hubris, machismo, and braggadocio typical of rap music. What's atypical is his semi-inebriated playfully slurred, dynamic flow over equally diverse production. The opening track is '45 SMOKE', which plays on his bad-boy image with an energetic freestyle as an announcement to the doubters. '45 SMOKE' could be viewed as a taunt, a mosh-pit motivator, heavy with a post-punk distortion; that warns that he will always be himself at all costs, a refusal to play nice, and a reminder of the rugged roots that shaped him.
Across the 7 tracks, Side one offers up some of the best UK rap you'll hear next year - a straight-up punch in the gut to wake you up, shake you up and make you stand up and listen. A fearless f*ck you to the naysayers and haters as the world still turns. Friends joining Ty to enhance this aural assault are A$AP Rocky on 'MAZZA' and big bro Skepta on 'CANCELLED' which addresses the overzealous practice of tearing people down in the name of 'progress'.
Side two takes what you thought you knew about slowthai and flips on its head. 'feel away' and 'nhs' go some way to dip a toe inside the complexities of his mind but delve deeper and you'll be left with a clearer understanding of who he truly is. Honesty is paramount as ultimately Ty wants listeners to know that "it's ok to be yourself". 'focus' is a song of street wisdom, an ode to self-reliance. In the internet age it's a crucial and simple blueprint for the fleeting attention caused by information overload, slowthai's advice? ''focus on some other shit". 'terms' featuring Dominic Fike & Denzel Curry deals with the 'terms' and conditions of fame and the inevitable twisting and misinterpreting of his words, and album closer 'adhd' is a moving self-reflection of how one can "smile on the out, but, inside keep bleeding".