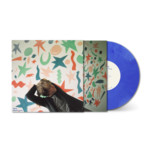 On his new album Infinite Youth, Merk examines the blurry line between adolescence and adulthood, and all the clarity and mess that accompanies that blurring. This is a record that thrives on a certain simplicity of lyric, melody and rhythm, and is compelled by contrast: pop songs influenced by art music, an album about adulthood that reflects heavily on what it is to be young, and a sonic world that is both expansive and deeply intimate.

Merk is the solo project of New Zealand songwriter, multi-instrumentalist and producer Mark Perkins, which began when Perkins recorded 2016's Swordfish (Winner of The Taite Music Prize Auckland Live Best Independent Debut). His debut album showcased a knack for melody, based around guitars strummed to catchy perfection. While Swordfish introduced many of the qualities that Merk continues to cultivate, it's on Infinite Youth that he comes fully into his own.

"In the past it felt like I was hiding, but now I'm trying to wear my heart on my sleeve a little more," Perkins muses. He has an understated, commanding presence, a playful intensity, as well as an ability to simply let go. Lyrically, this album treads a line between earnest, vulnerable, and knowingly tongue in cheek: songs that began in irony mutated into sincerity, and vice versa.

The chorus of lead single H.N.Y.B., in which Merk wishes a lover a Happy New Year, is deceptively simple, but is at once an expression of love, an acknowledgement of a new beginning, and a nod to the fact that this particular new beginning happens every year.

This feeling, of a simplicity that opens up into a great depth, is refracted through every aspect of Infinite Youth: sonically, it was essential that this album leave behind the guitars that Perkins had strummed incessantly while touring the world as a member of Fazerdaze and Tom Lark, in favour of a palette that captures space and time in its immensity and intimacy.

Merk credits Danish producer and key collaborator Johan Carøe with opening up Infinite Youth's space: "He was so good at seeing where I was hiding".

An album that will capture you on first listen and then reward your every repetition, Infinite Youth reintroduces Merk and invites you, warmly, into his orbit.

"'Laps Around The Sun' is a deft, sincere piece of songwriting, with Merk's heart-on-sleeve approach resulting in an incredibly endearing track. "Track Of The Day, Clash

"Cementing himself as one of Aotearoa's finest indie artists, Infinite Youth is an exciting new chapter for Merk as he finds himself pushing new creative boundaries."
The 13th Floor

"Merk, the solo project of Tāmaki Makaurau musician Mark Perkins, has made a mastermind move with his new single 'H.N.Y.B'. The track takes a minimalist approach to a New Year's Eve song, a deliberate experiment on Perkins' part to "see how long you could go with doing very little while keeping it interesting", simultaneously, and ingeniously, penning a song that will surge in popularity every December 31st for years to come."
UnderTheRadar.co.nz

My Love
Deep Dive
Happiness
But She Loves You
Infinite Youth