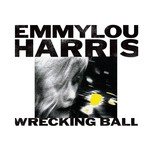 Uncut, hailed it "ambitious and audacious ... a masterpiece."

The CD has been out of print for a number of years.