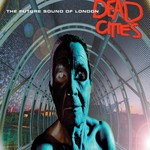 Vinyl re-issue of Future Sound of London's seminal album, Dead Cities. Marking 25 years since its original release this cult album is pressed on vinyl for the first time since its 1996 release.

"Herd Killing" and "We Have Explosive (Herd Killing mix)" both feature several samples from the Run DMC album Tougher Than Leather. The title track "Dead Cities" contains a vocal sample at the beginning of Laurence Fishburne from the film Deep Cover. Single "My Kingdom" features A vocal sample of "Rachael's Song" (aka "Rachel's Song") by Vangelis, from the Blade Runner soundtrack .

Dead Cities turned out to be the Future Sound of London's bow out from the spotlight -- at least, nothing further was released by them for the rest of the decade and well into the next one. Compared to the crisp approach of Accelerator and Lifeforms' disorienting, surprising exploration into ambient sound, Dead Cities finds the group trying out something new yet again. The theme of the album, thoroughly explored in the art (as always, created by the group itself), seems to be one of futuristic urban decay, almost as if reacting against the perceived otherwordliness of Lifeforms, calmer moments like the acoustic guitar shimmer of "Her Face Forms in Summertime" aside. Hints of cyberpunk fetishism and atmospheres are everywhere, combined with a generally darker sound track for track and more upfront beats on a number of songs.

"My Kingdom," a spooky choice for the initial single, blends in low-pitched drones with the echoing shuffle of the main rhythm, suggesting a Japanese city set somewhere in the outback after all the world's power finally ran out. As a further touch, the overall Blade Runner feeling of Dead Cities is heightened even more via the sampling of Mary Hopkin's haunting, wordless vocals from that film's soundtrack. The collage approach that has served the band well over the years recurs time and again -- snippets from unreleased spoken word performances and reworked orchestrations float up and down in the mix, feeling like an unusual sonic tour. That said, two of the strongest moments on Dead Cities -- the amazing single "We Have Explosive" and its semi-remix "Herd Killing," which starts the album -- come from the same source, namely Run-DMC. The brutal guitar stab and accompanying wah-wah and shout, which define both tracks, come from the Tougher Than Leather album, here reshuffled into a brusque, memorable punch with a killer, buzzing bassline.
4 / 5 All Music Guide.

Side A:
Herd Killing
Dead Cities
Her Face Forms In Summertime
We Have Explosive

Side B:
Everyone In The World Is Doing Something Without Me
My Kingdom
Max
Antique Toy

Side C:
Quagmire/In A State Of Permanent Abyss
Glass

Side D:
Yage
Vit Drowning/Through Your Gills I Breathe
First Death In The Family