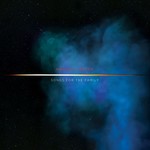 Nearly two years on from the passing of music industry luminary Malcolm Black, his family releases his posthumous album Songs For The Family, recorded a mere two months before his untimely death at age 58 from cancer.

Husband, father, musician, lawyer, record executive and co-writer of one of New Zealand's most loved tunes with the Netherworld Dancing Toys, the anthemic 'For Today', Black recorded the eight tracks on Songs For The Family over six days in a stately Dunedin home in 2019.

Songs For The Family was a fast-moving project, from inception to completion. Impending death forced Black to a place of spontaneous peak-creativity and the songs poured out of him, transcendent in their heart-felt honesty, as all was laid bare.

In keeping with Black's altruistic nature, all proceeds from the sale of Songs For The Family will go to the University of Otago's Centre for Translational Cancer Research, which aims to improve the survival and quality of life of cancer patients, led by leading stomach cancer researcher and close friend of Malcolm's, Professor Parry Guilford.