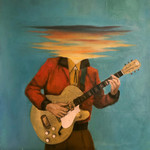 Long Lost features the singles "Not Dead Yet," "Mine Forever," "I Lied" & "Love Me Like You used To".

Lord Huron first made a name for themselves with their debut album, 'Lonesome Dreams'. 'Strange Tales' followed shortly after, featuring the triple-platinum single "The Night We Met." In 2018, Lord Huron earned widespread critical acclaim with their third album, Vide Noir.