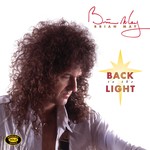 Brian May
Back To The Light (LP)

The original album is newly re-mastered by Bob Ludwig from the original master tapes and personally overseen by Brian May. The LP is presented in 180g heavyweight black vinyl in spined sleeve with printed inner bag.