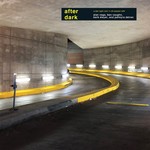 Alan Vega's name is synonymous with unfettered, tireless creativity. Beginning in the late 1950s, when he was a fine art student at Brooklyn College, through his years playing in Suicide, and all the way up until his death in 2016, Vega was constantly creating. That process naturally led to a wealth of material that didn't see the light of day immediately when it was recorded, which came to be known as the Vega Vault.

This previously unreleased album sees Vega unleashing his love for blues, rockabilly, and rock 'n' roll. He is backed by a band including Ben Vaughn, Palmyra Delran, and Barb Dwyer from the band Pink Slip Daddy.