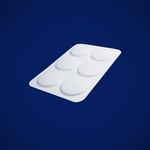 Ladies and Gentlemen We Are Floating In Space is the third studio album by English space rock band Spiritualized, originally released on 16 June 1997. The album features guest appearances from the Balanescu Quartet, The London Community Gospel Choir and Dr. John.

This Spaceman Reissue Program edition of Ladies and Gentlemen We Are Floating in Space promises to give those recordings the fullest spectrum audio and physical treatment they've deserved since 1992.