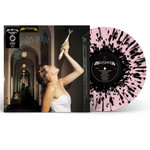 Musically it was written with a softer, less epic, and sometimes humorous approach, which would be later fully implemented in the band's following album Chameleon (1993). It spawned the hits singles 'Kids Of The Century' and 'Number One'.

This 30th anniversary edition is pressed on limited pink and black splatter vinyl.