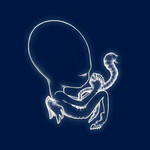 'Ágætis byrjun' is the critically acclaimed second album by Icelandic band Sigur Rós and was recorded by the band with producer Ken Thomas in 1999 at their Sundlaugin studio in the Icelandic countryside.

This 2021 reissue comes packaged on double 12-inch heavyweight vinyl to the exact original packaging spec. Originally released on Fat-Cat & Smekkleysa, this repress is being released on the bands own record label.