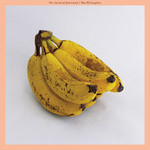 Mac McCaughan
The Sound Of Yourself (Limited Edition LP)

Translucent pink with orange swirl colour LP. Throughout his musical career fronting Superchunk and Portastatic, Mac McCaughan has channeled more than his share of angst and tumult into a microphone, resulting in straight-up undeniable rock anthems. So how can a voice so familiar to others still seem foreign to its owner?

On The Sound of Yourself, McCaughan's second record released under his own name, he explores that question fully, shooting his voice through a prism and refracting it across these songs in new and rewarding ways.In January 2021, McCaughan found himself at his home studio in Chapel Hill staring down a clean slate after wrapping up a film score and several other music projects. This setting-a distant light at the end of a figurative tunnel, and a literal room full of instruments-was integral to The Sound of Yourself. His thought process was simple: "Each day is blurring into the next, so what are we doing today? How can I disrupt this? I think what resulted was a theme of subdued… 'joy' is the wrong word, but it's at least comforting if not propulsive to have something open-ended to work on every day without any kind of structure or deadline or rules."