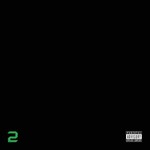 "The sequel to 2014's beloved Black Metal is a brief but thrilling project from the mercurial artist, featuring the most approachable music of his career." - Pitchfork

"The former Hype Williams frontman has polished his rap-alt-rock aesthetic to the point of perfection." - The Guardian

Dean Blunt returns with the sequel to his acclaimed 2014 solo album.