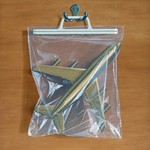 Black Country, New Road are a critically acclaimed UK seven-piece band, and one of this year's breakout success stories of the UK's current thriving independent music scene. After gathering a loyal fanbase through their explosive live shows - both in the UK and internationally - their globally lauded debut, For the First Time rose above a crowded field of releases by their peers, being shortlisted for the prestigious Mercury Prize and is a certain as one of the Albums of the Year.

Their new album, titled Ants From up Here was written in lockdown in the early part of 2021 when the band was unable to go on tour as planned to support their album release. This spurred a new shift in style, which the band describes as reflecting the 'warmth we all felt whilst creating music with friends after such a long time away. Rather than thinking about writing songs for crowds, the album reflects the close proximity we felt between ourselves in a writing room.'

The result is a stunning collection of songs and a move in a direction to a more crossover, alternative sound away from the experimental and post-punk nature of their debut that had placed them alongside bands such as Squid, Black Midi and shame. The band further describes this new shift in style as: 'We sought to engage the same power that harsh, cacophonous music can evoke, but it had to be achieved through embracing the harmony and interconnectivity we shared as musicians and friends.'

Ants From up Here is inspired by travel and flight, looking at the Concorde airliner, which served as an emblem of British innovation. The artwork for the album sleeve is a painting of a toy plane in a plastic bag, which ironically juxtaposes luxury with tackiness.

Following on almost exactly a year to the day from the release of their acclaimed debut, the band have harnessed the momentum from that record and run full pelt into their second, with Ants From up Here managing to strike a skilful balance between feeling like a bold stylistic overhaul of what came before, as well as a natural progression.