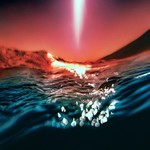 Bonobo's rise has been stealthy but unstoppable, and Simon Green, the man behind it all, is now one of the biggest names in dance music, and his 2017 album Migration was his biggest yet - reaching number-one on the Billboard Top Electronic Albums Chart, cementing his breakthrough in America, where he now resides, in Los Angeles, and top five in the UK.

Green might profess to have outstripped his goals, and to be very content with his success, but another chapter of the Bonobo story is starting, and you can bet on it containing as much exploration and excitement as everything he's done up until now.

Fragments is destined to be one of the crossover electronic records of the year, and it may easily be Bonobo's masterpiece. Fragments is the most emotionally intense record that Green has ever made, and it shows.

Fragments isn't just a musical salve - it has fear and pain and struggle - but it is a gorgeous reminder of how out of struggle and disillusionment, creativity and hope can emerge at the most unexpected moments. It's truly a record for our times.

The album came into focus as Green sought refuge on solo adventures into nature, away from the shutdowns and wild fires and into the blazing California desert.

It's about the dancefloor in many ways, about how 'I remembered all over again how much I loved crowds and movement and people connecting with each other,' Green reflects. But the positivity isn't just in the uptempo rhythms: even the most introspective and melancholic pieces have joy in them.

Born first out of fragments of ideas and experimentation, the album ultimately was fused together in a burst of creativity fuelled by both collaboration and Green's escape into the wild.
Fragments is a series of 12 sonic affirmations, featuring some of the hardest grooves Green has ever created. The ballads are perfectly placed throughout; they capture a world in flux and glow with hope.
The album, full of rich sonic layers, packed with both emotion and technical skill, has the perfect combination of tracks, and underlines Bonobo's position as a true pioneer.