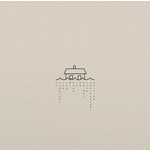 Of Monsters and Men
My Head Is An Animal (LP)

To celebrate a decade since the arrival of My Head Is An Animal, Of Monsters and Men presents the 10th Anniversary Edition.

Originally released in Iceland in 2011, this version has 4 tracks that were not on the version released in the U.S. in 2012. Includes two never-before-heard songs: "Phantom" and "Sugar in a Bowl".