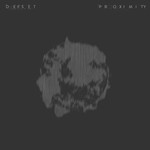 Proximity is a 12-track album of richly textured and 100% analog electronic music that will appeal to fans of Daniel Avery, Andy Stott, Jon Hopkins, and Max Cooper.

Although new to the electronic music scene, DEFSET is the moniker of Leo Neelands, known for his work as VFX Supervisor and VFX compositor, creating visual effects on some of the biggest VFX movies of all times such as 'Harry Potter', 'World War Z', 'Gravity', 'The Hobbit', 'Iron Man 3' and 'Everybody's Talking About Jamie'.

The album follows the release of a string of singles ('Deadlines', 'Shira 2' and 'Bathtime') which have demonstrated DEFSET's mastery in using modular synthesisers and outboard gear to create a pallet of evolving melodies over syncopated, glitched out rhythms, delivering a deeply accomplished sonic blend of immersive techno and atmospheric electronic music