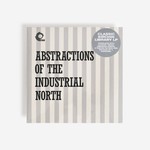 This is music from one of Basil's most creative periods. Basil had finished his world tour of weird discovery, and came back to the UK to make, in his words, music for imaginary films. This is basically library music but lead to quite a few original film compositions.

The music here is Basil's work for the De Wolfe library, all from the 1966 period. Although you will imagine the music to be a little later, it's just that Basil is always a little ahead of his time.

The complete album "Abstractions Of The Industrial North" is on this recordings, and Trunk have added a selection of recordings from other rare Kirchin, Jack Nathan and John Coleman productions, including The wild One, Don't Lose Your Cool, Town Beat and finally "Mind On The Run".

A1. Prelude And Dawn - The Experiencer
A2. Heart Of The North
A3. The Observor
A4. Conclusions
A5. Neutral Background
B1. Reflections
B2. Packing, Printing & Light Assembly
B3. Research Laboratory
B4. Communication
B5. Heavy Machinery