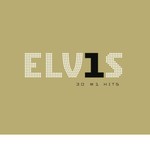 A new 2CD collection from the king of rock 'n' roll!

#30 Hits is a Greatest Hits album released in 2002. Includes the stellar hits 'Burning Love', 'Heartbreak Hotel', 'Suspicious Minds', 'All Shook Up', 'Are You Lonesome Tonight?', 'Hound Dog', In The Ghetto', 'Jailhouse Rock' and many others.

2nd To None is a collection of songs by Elvis Presley, released in 2003 as the sequel to the previous year's highly successful 30 #1 Hits. The album included Elvis's #1 singles that did not appear on the previous release, other notable recordings by the artist, one previously unreleased recording ("I'm a Roustabout") and a remix of "Rubberneckin'" by Paul Oakenfold.