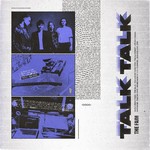 $27.00 In stock with supplier
ETA: 2-5 business days add to cart more by this artist

Recorded between Los Angeles and Perth, the band worked with producers Zakk Cervini (Bring Me The Horizon, Yungblud, Machine Gun Kelly), Erik Ron (Panic! At The Disco, Godsmack, Set It Off), and Matthew Pauling (Palaye Royale, 5 Seconds Of Summer, State Champs) to showcase their vast range of styles and tones.

The album features 11 tracks including their celebratory single "ERA", the adrenaline-charged "The Hills", and driving pop-rock anthem "Ease My Mind".