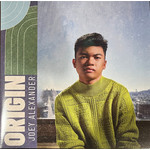 Origin will be the 18-year-old pianist, composer and bandleader's sixth album. It follows 2020's Warna, released by Verve.

"I'm honoured to be a part of the Mack Avenue family of amazing artists, and grateful to be able to work and collaborate with a team that I know shares my vision and musical spirit," Alexander said in a statement. "These past years have been especially trying for everyone, including those of us who didn't know when we would ever perform for live audiences again."

He continued: "Origin represents a turning point for me - the time when I decided to turn frustration into an opportunity to truly express myself and to rise above the circumstances."

Alexander's accomplishments so far have been mightily impressive. His debut recording My Favorite Things was nominated for two Grammy Awards in 2016, which made him, at 12 years old, the youngest artist ever to be nominated for a Grammy in a jazz category. That led to profiles in The New York Times and 60 Minutes, along with additional critical acclaim and a rapidly growing audience.

Now, Origin will find Alexander at his most expressive. On the 10 original compositions, he's joined by a heavy-hitting band of saxophonist Chris Potter, guitarist Gilad Hekselman, drummer Kendrick Scott, and bassist Larry Grenadier.

"It's a good day when an expressive, thoughtful and elegant artist the likes of Joey Alexander joins your roster," said Denny Stilwell, president of Mack Avenue. "He has so much to say - we are looking forward to watching his artistry continue to unfold."