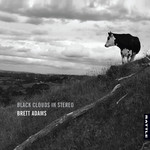 Guitarist Brett Adams started his musical journey with 80s pop-rock icons, The Mockers, who regularly featured on the NZ music charts at the time. Throughout the 90s, Brett and songwriter Dianne Swann pursued the darker and harder guitar sonics of The Julie Dolphin in London. The group toured throughout the UK as the opening support for Radiohead's THE BENDS concerts, and received favourable reviews for their recordings, one of which was "single of the week" in both NME and XFM.

Since returning to NZ in the early 2000s, Brett and Dianne have recorded and toured four albums as The Bads. Apart from working as a session musician on a wide range of television and film scores, Brett has also toured and recorded as an in-demand guitarist with many high-profile artists, including Tim Finn, Rodriguez, and Tami Nielson among others.