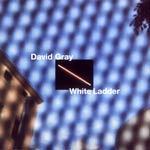 David Gray was born in Manchester in 1970. He began playing in punk bands and also played in a few bands while at college where he began to experiment with a more poetic form of writing. After Liverpool he moved to London where he signed to Hut Recordings.

"WHITE LADDER is my fourth album and the first release on IHT records, was made at home in the summer of '98, is the antithesis of big budget sterilty, nearly killed me, is about doing something for nothing and next to nothing by the book, was recorded in a amall house in London with the windows open and the traffic going by, owes as much to the sampler as the acoustic guitar, more to the computer than the tape machine, doesn't try to be anything other than what it is, was fuelled by clune's toasties, contains several songs recorded for the film 'This Year's Love' starring Kathy Burke, would not have been possible without the love and good humour of everyone who battled through adversity to bring it into life." -DAVID GRAY

"One of pop's enduring mavericks... Defy the tender melancoly of this little gem and you'd better start wondering who nicked you heart. Glorious."
-MELODY MAKER

"British and phenomenal in Ireland. Outselling everyone from Travis and Macy Gray to Westlife'
-FACT

'White Room' was released this century - and is already regarded a classic!

All I Intended To Be
more suggestions…