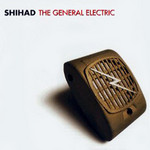 The songs on Shihad's fourth album are a shining combination of the band's live energy put to tape, and the sheer sense of size they always deserved.

"Formed in 1988 by friends Jon Toogood and Tom Larkin, while still at school in Wellington, Shihad quickly established themselves as an exciting live act. With Karl Kippenberger and Phil Knight on board the group forged a unique industrial metal sound on their first two albums. (Check out the essential 'Killjoy' recording, which captured the band at the peak of their heaviness). Their musical style and popularity broadened significantly over the years and Shihad and are regarded as New Zealand's greatest rock group.

Shihad's fourth LP, 'The General Electric' was recorded with an international team, producer Garth Richardson (Rage Against The Machine, The Jesus Lizard, The Melvins) and producer Randy Stubb (Metallica's Black album). More balanced, accessible and accomplished than anything Shihad had previously released, 'The General Electric' was recorded and mixed over two months mid-'99 at Factory Studios in Vancouver, Canada.

These songs are a shining combination of the band's live energy put to tape, and the sheer sense of size Shihad has always deserved. 'The General Electric' went all the way to the top of the New Zealand charts, going on to achieve double platinum status."
- GEOFF

"If they were American, Shihad would be massive."
- Q Magazine

Neil Finn and Friends Live at the St. James