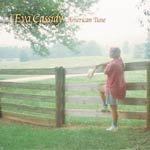 "Although she passed away several years ago, Eva's session tapes keep on surfacing and although they are taken from shows and jams, they still capture her magical vocals. This is especially evident on certain songs such as Cyndi Lauper's "True Colours", "God Bless The Child", "Yesterday" and "You Take My Breath Away"."
- Roger Marbeck

"Eva had that all important quality - magic."
Mick Fleetwood

In 1996 the Washington Area Music Association honoured her as 'Best Female Vocalist' in blues, jazz-contemporary, jazz-traditional and roots rock / traditional R&B categories, as well as 'Artist of the Year', and her release for 1996, 'Live At Blues Alley', as 'Album of the Year'.

Drowning In The Sea Of Love
True Colours
The Water Is Wide
Hallelujah, I Love Him So
God Bless The Child
Dark Eyed Molly
American Tune
It Don't Mean A Thing (If It Ain't Got That Swing)
Yesterday
You Take My Breath Away