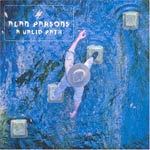 This is Alan Parsons' first sojourn into the world of electronica music, and features guest appearances by David Gilmour (of Pink Floyd), The Crystal Method, and John Cleese!

'A Valid Path' is Alan Parsons' first sojourn into the world of electronica music, and features guest appearances by David Gilmour (of Pink Floyd), The Crystal Method, and John Cleese!

A staff engineer at EMI Records recording studios, Alan Parsons (b. 20 December 1948, London, England) first attracted attention for his work on the final Beatles album, Abbey Road. Such skills were then employed on several of Wings early releases, but the artist's reputation was established in the wake of his contributions to Pink Floyd's 1973 multi-million seller, Dark Side Of The Moon, and his productions for Pilot, Cockney Rebel and Al Stewart.

Inspired by the "concept" approach beloved by the latter act, Parsons forged a partnership with songwriter Eric Woolfson (b. 1945, Glasgow, Scotland) and created the Alan Parsons Project. The duo's 1975 debut Tales Of Mystery And Imagination, in which they adapted the work of Edgar Allen Poe, set the pattern for future releases whereby successive creations examined specific themes, including science fiction (I Robot) and mysticism (Pyramid).By calling on a circle of talented session men and guest performers, including Gary Brooker, Graham Dye (ex-Scarlet Party), Allan Clarke (of the Hollies), Colin Blunstone, John Miles, Lenny Zakatek, Stuart Elliott (ex-Cockney Rebel), Ian Bairnson and David Paton (the latter two from Pilot), Parsons and Woolfson created a crafted, if rather sterile, body of work. However, despite enjoying hits with 'Games People Play', 'Time', 'Don`t Answer Me' and a US Top 3 single in 1982 with 'Eye In The Sky', the Alan Parsons Project's subsequent recordings failed to repeat the commercial success of those early releases.Woolfson left the Alan Parsons Project in the late 80s to pursue a career in musical theatre, making his writing debut with the Sigmund Freud-inspired Freudiana.

Subsequent releases by the Alan Parsons Project were credited to Alan Parsons alone, and in the mid-90s Parsons began touring for the first time in his career. He became the head of EMI studio interests in June 1997. In 1999, Mike Myers used him as the butt of a joke in his second Austin Powers movie, the end result of which was a Myers/Parsons composition, 'Dr Evil Austin Powers Mix', on The Time Machine. In 2004, the "original" line-up of the Alan Parsons Project regrouped for a reunion tour.