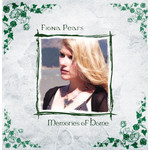 "This, my third and latest CD, was recorded at the start of 2006. I have travelled so much over the last three years and after living in London for most of the last two years I have composed a CD of musical memories from New Zealand and many other parts of the world. I love New Zealand and having lived there for most of my life I have many musical and life experiences to draw from when I am writing my music. I have also spent some time in Ireland where I formed a huge love of Celtic and Folk music. I love many things about London and have been so lucky to have a wonderful home and friends there. I have written a lot of these tunes in London, (some of them sitting on my front doorstep in South West London!) I have also added a few of my latest favourites; Bolero, Cinema Paradiso and Hava Nagila."
- Fiona

BIOGRAPHY:
Fiona spent the early years of her life growing up in the small country town of Greenpark just outside of Christchurch. Fiona's mother and sister were both pianists, and her brother and father enthusiastic listeners.

Studying Classical Piano and Violin from the age of six Fiona acknowledges the influence of her teachers, Christina Sell installing the value of treating every note like it was the most special sound she would ever hear.

Learning Violin from Margaret Buchanan until she was 12 Fiona learnt that music could always be fresh, new and exciting. "I was lucky to have her as my first violin teacher as she has set a firm belief in me that I could always have fun with the violin".
Susan Farmer and Jan Tawroczwicz completed Fiona's official education. "Both of these people taught me that technique makes it possible for me to play on the violin the things that I hear in my head."

Fiona's early career as a musician saw her perform concertos with the NZSSSO, CSO, CYO, winning two national secondary school music competitions, one in Piano and the other in Violin.

When Fiona was eighteen she became part of the well-known Blue Swing Quartet recording for television and radio and touring around New Zealand.

She has opened for such artists as Tony Bennett, Ottmar Liebert and the late Victor Bourge. Pears has also recorded for many artists around NZ including recording string backings on Bic Rungas latest album "Beautiful Collision".

Fiona then teamed up with engineer and producer Rob Mayes and released her debut CD "Las Sayas" in May 2002 which featured her first compositions.

After the successful release of "Las Sayas" she spent time writing more of her own compositions. Travelling around Europe and Ireland gave her the inspiration to write more of her own music. "This album has Spanish, world-music and gypsy influences but also has a mix of things I can only describe as my own experiences of life. I believe that we are all influenced by things that happen to us throughout our lives-Bad, good, frightening, wonderful things that ultimately form who we are..."

Sold out performances at London's "Rendezvous" jazz bar and the Chichester jazz festival followed with the now standard return invitations accompanying them.

Returning to NZ in July 2003 Fiona performed three concerts at the Christchurch International Arts Festival to full houses. On the night of her final show, the doors shut 40 mins early for another full house. This concert ended with a standing ovation, (the first of the arts festival.)

Following these concerts work started on the second album, "Doorways to Distant Lands." This album contains nine originals and her own arrangement of the traditional Brahms "Hungarian Dance No 5." This was released in November 2003.

At the start of 2004 Fiona joined fellow kiwi Hayley Westenra on her first world tour, travelling to Australia and Japan. As well as accompanying Hayley, Fiona also performed her own arrangement of the Brahms, for which she received a tremendous response at all shows, the most noticeable being the concert at The Sydney Opera House where the audience's reaction was overwhelming to say the least!!

After this tour Fiona made the big shift to London and since then life has been a whirlwind of concerts and tours around the UK, which has included performing her compositions at London's Shepherd's Bush Empire, The London Palladium and also a concert where she performed three of her compositions with the Royal Liverpool Philharmonic Orchestra.

Fiona released her first DVD in 2005, which comprises live performances from NZ and the UK from the last year and a half. Also included was a music video for her piece, "The Zoo Keeper," which subsequently got picked up by the UK/European music video channel, Classic FM TV. The video made the playlist and is still receiving regular air play.

Fiona has also been busy recording for EMI and Universal on CDs for artists such as, "Libera, Aled Jones, The Choir Boys," and, "Hayley Westenra." Fiona also wrote and recorded a string arrangement for, "The Mists of Islay," on Hayley's release,'Odyssey'.

Since then Fiona has been darting back and forth between NZ and the UK, performing her own sell-out shows in NZ then flying back to the UK for appearances on BBC TV, (she recorded her own version of "Schindler's List for a special programme commemorating the fiftieth anniversary of the holocaust,") touring Europe, Asia and the US with Hayley and most recently, supporting Heather Nova on her tour of Europe. Fiona describes the Heather tour as a lot of fun as she not only performed her originals to a whole new audience, but she filled the role of lead guitarist, adding distortion to her violin, nicknamed 'The Beast.' "I used to say everybody wants to be a rock star, I actually got to play the part of one for a few weeks even down to living on a tour bus....quite an experience and a lot of good fun!"

Fiona has just finished recording her third CD, "Memories of Home," this time teaming up with London Producer, Ian Tilley. Fiona describes this CD as, "my most exciting project to date. It is an amazing experience to be able to listen to my own CD and enjoy it without being too judgemental of my performance. I think that most musicians are perfectionists when it comes to listening back to their own work. I can honestly say that thanks to all the hard work from everyone involved in this CD, I can listen to it and enjoy it without being analytical of every note....."

The Very Best of Diana Krall