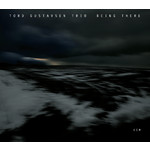 Tord Gustavsen Trio
Being There

Offering gorgeous melodies & poetic lyricism, 'Being There' is another fine recording from Tord Gustavsen, Harald Johnsen and Jarle Vespestad. This third album from the TG Trio follows on from the superb 'Changing Places' and 'The Ground'.

Of the Norwegian artists that the ECM label has introduced over the years, pianist Tord Gustavsen must count as one of the least "Nordic" in musical temperament. If the contemplative component of his music and its quietude still reflect Scandinavian priorities, the manner in which he has sought & located connections to early jazz - especially the blues, gospel music, and the nexus of Caribbean music and New Orleans jazz - is entirely his own.

'Being There' is another fine recording from Tord, Harald Johnsen and Jarle Vespestad - offering gorgeous melodies & poetic lyricism. Indeed, this third album from the talented trio follows on perfectly from the superb 'Changing Places' & 'The Ground', both of which have become two of the best selling CDs on the ECM label.

On 'Being There' the music's priorities are maintained. The album's title is borrowed from a tune on 'The Ground', intentionally stressing the continuity of the music, and also underlining its working concept, characterized by Gustavsen as "being acutely present, aware and focused in the fullness of the moment. The group has a definite direction or sound, but there are still many nuances to explore."

Gustavsen's clearly-delineated melodies define a large part of the group's sonic identity, but so does the manner in which the trio approaches them. Technical flamboyance has almost no role to play in Gustavsen's sound-world: restraint is one of the music's hallmarks.

Gustavsen says that the trio's approach to playing can be summed up in a slogan as "loving every note." Melodies are caressed and each phrase is given room to unfold in the surrounding space. There is freedom, too. In particular for drummer Jarle Vespestad who is often as much a front-line voice in the music as the leader himself.

The structure is built around and between a series of hymns - "Draw Near", "Still There", "Vesper", and "Wide Open". Gustavsen's interest in "religious" music (he is also a writer of gospel-inflected pieces), goes beyond the purely musical. There are also romantic ballads here, including "Around You" and "At Home" (the latter long a favourite of the band's live shows) and a pair of striking up-tempo pieces that fairly cry out for radio play "Blessed Feet" (partly inspired by Keith Jarrett's Belonging band), and the smouldering "Where We Went", which has a strong "Spanish" feel.