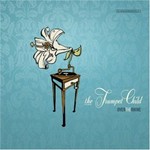 Over The Rhine
The Trumpet Child

Over the Rhine return with their tenth studio album and career-best 'The Trumpet Child'. A collaboration with ultra-talented Nashville producer / arranger Brad Jonesthe recording celebrates American music in the most richly imaginative ways.

Over the Rhine soulmates Karin Bergquist and Linford Detweiler were recently included in Paste Magazine's list of "100 Greatest Living Songwriters", and they rise to the generous accolade with eleven new originals that find them earmarking some of the most interesting eras of the American songbook, and blending them into a sound all their own.

On 'The Trumpet Child', producer Brad Jones tapped the broken-bottle-strewn back alleyways of Nashville for an arresting array of horn, woodwind and string players to festoon the trademark simplicity of Over the Rhine, and the result is a juicy, informally-epic pop album unlike any other you're likely to hear this year.

Karin's torchy, heart-on-her sleeve voice brims with Midwestern soul, and 'The Trumpet Child' unfolds like an unforgettable evening of underground cabaret, an all-night performance at a private party, friends passing around instruments together into the wee hours.

" 'The Trumpet Child' is the best record of Over the Rhine's career, and I'm happy to go on record saying as much. After my first few listens, what I found most striking is the sense of Friday-at-5pm bliss, the sleeves-up fun of friends hanging out and playing just one more tune..... (Seriously this time, last one.)"
- Jason Killingsworth, Music Editor, Paste Magazine