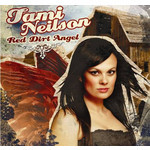 Tami Neilon was born and raised in Canada to a musical family. At the tender age of twelve she toured with her parents and siblings throughout the country performing in concerts at Country Music Halls sharing the stage with the likes of Johnny Cash and Loretta Lynn. As she grew up her parents semi-retired and after a spell as touring as a trio, her brothers moved their separate ways. Next up for Tami was New Zealand!

Within a year of being in the country Tami had performed at the Parachute Music Festival, the Auckland Wine & Food Festival, and Sky City. During this time she also travelled back and forth to the States to hook up with publisher Dennis Morgan to write and record the tracks for her debut album Red Dirt Angel.

Think Rosanne Cash, articulate playing, country tinges with a voice up there with the best of them and melodies to compete with the Dixie Chicks.