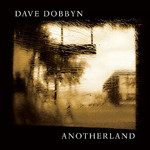 Produced by the mighty Adrian Sherwood & Skip "Little Axe" McDonald, 'Anotherland' is an excellent effort from Dave Dobbyn (possibly his best ever, in fact) and includes the single, "Wild Kisses Like Rain".

Dave Dobbyn is one of Aeotearoa's most renowned & treasured musicians, with a career that has spanned almost 30 years (via Th' Dudes; DD Smash; & as a solo artist) and a string of hits including "Be Mine Tonight"; "Beside You"; "Language"; "Slice of Heaven"; "Loyal" plus many more...

A tribute to the lasting impact of Dave's songs on New Zealanders came in 2001, when writers and the music industry voted five of his tunes onto the 'New Zealand's Top 30 Songs of All-Time' list. In May 2006 it was the public who secured him the No. 1 slot on the Top 50 list with his song, "Loyal". Seven songs penned by Dave were included, more than any other in fact, and he also holds the record for the most Silver Scroll awards for songwriting.

After a break of five years his last album, 'Available Light' was released to critical acclaim and has since sold in excess of double-platinum. The first single "Welcome Home" (produced by Neil Finn) won him 'Songwriter of the Year' at the 2005 New Zealand Music Awards. At the 2006 event he was named 'Male Artist of the Year'.

Dave regularly performs in the U.K., and in 2007 he was asked to sing for the Queen & Royal Family at the dedication in Hyde Park of the New Zealand War Memorial. Those forays to Britain also saw him meet with the mighty Adrian Sherwood & Skip "Little Axe" McDonald, who produced the 'Anotherland' album. The first single, "Wild Kisses Like Rain", is a "pure, unadulterated love song" says Dobbyn. The track features Kiwis Mark Vanilau (piano); Marcus Lawson (bass); and Ross Burge (drums), alongside London percussionist Pete Lockett & Skip on acoustic guitar.

'Anotherland' is an aural landscape of traditional, hook-laden Dave Dobbyn songs, with blues & gospel influences; mixed up by the reggae / dub signature stylings of the On-U Sound production team.

Two Men With the Blues