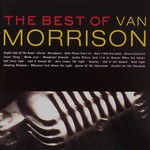 Van Morrison
The Best of

The Best of Van Morrison is the first 'greatest hits' compilation the Belfast born musician ever released and features hits spanning 25 years of his career.

Released in 1990 and featuring hits including Moondance, Brown Eyed Girl and Gloria, The Best of Van Morrison became his highest selling release and was one of the biggest sellers of the 1990s.