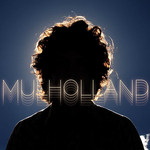 Mulholland
Eugene Told Me You Were Dead

Jolyon Mulholland's album has been praised by musicians and critics. "Jol's one of the most talented guys I know - he's got talent exuding from every pore."-Neil Finn.

"Jol's one of the most talented guys I know - he's got talent exuding from every pore."
-Neil Finn.

Christchurch raised/Auckland and soon to be New York based composer, musician, sound engineer and "all round great guy" Jolyon Mulholland presents 'Eugene Told Me You Were Dead'.

The album was written and recorded in a small North Shore bedroom, mixed at Neil Finn's Roundhead Studios, then flown to Aussie' to be mastered. It is an album that has been praised by musicians and critics. Coming from a family of musicians, it was obvious what path he would take.

Jol has most recently been in 'The Mots' with brothers Will, Eden and 'mot' Greg and, also with Greg in Gasoline Cowboy. He is currently touring in Liam Finn's band. Jol has also been composing, performing, producing, mixing, and mastering some of the best New Zealand albums released in the past few years, working with the likes of Chris Knox, Liam Finn, Laurence Arabia, Connan Mockasin and more.

Now his latest project, Mulholland is a way for the world to hear all the great music Jol has composed over the years and continues to write. He is still playing with his Mots in NZ and any chance they get - it's the way with brothers.

1. Everything's Gonna Be Alright
2. Roudanitzka
3. Its Only An Illusion
4. Fairytales & Constellations
5. Realizing We Are Nothing
6. I Used To Be A Conwboy
7. Dark Red Sea
8. There's A Room
9. Beautiful People
10. Turn The Lights Out
11. Yesterday's Over