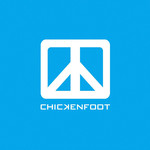 "I am very proud of the new album," says lead singer Hagar. "We're calling the album Chickenfoot III because it's so good, the songs are so tight, it's like we jumped right past having to make a second record." He adds, "We've established a real trust, Joe and I, we truly bring out the best in one another, and that spreads to the whole band."

'Chickenfoot III' features 10 tracks with so many moments of epiphany that one can barely take them all in on first listen. Colossal, stadium-shaking riffs abound on earth-movers such as "Alright, Alright," "Last Temptation," "Bigfoot," and "Lighten Up." Tradition meets innovation on the Nashville pop-tinged "Different Devil," the Delta-blues flavored "Something Going Wrong" and the aching rock ballad "Come Closer."

"Come Closer" marks a dramatic twist in that singer Hagar wrote the words first and guitarist Joe Satriani composed the music to suit the lyrics. Elsewhere, Chickenfoot tackles issues such as mortality in "Up Next" and the world's economy in "Three and a Half Letters" on hard-as-nails cuts that rock the body while filling one's senses.

"We took a giant step on this record," says Hagar "It still sounds like Chickenfoot, 'cause it's the same guys, but I think the experience that we had together on tour and the success of the last record really opened us up to who and what we are."