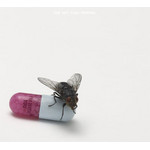 Children are born, but a friend dies. A new guitarist arrives as the old one leaves. And a band is reborn after an overdue break. Beginnings and endings. That's 'I'm With You', truly the beginning of a new era for the Red Hot Chili Peppers. The 10th album of the Los Angeles band's singular career sees the band refreshed, renewed, once again working with producer Rick Rubin (their fifth partnership, including the last album, 2006's monster 'Stadium Arcadium' double album tour de force). It expands the same combination of funk and finesse, intensity and tenderness that's made the Peppers sine qua non in modern rock, but with a new set of life experiences from the intervening years that coalesced into a dynamically fresh start.

'I'm With You' was written collectively by the four members: founding singer Anthony Kiedis and bassist Flea, drummer Chad Smith (who's been with the band since 1989) and guitarist Josh Klinghoffer (the new guy, though he's been a long-time friend of the band and served as second guitarist on much of the 'Stadium Arcadium' tour). That process, coming after the band took two years off following its 2006-2007 world tour, happened in a full year of sessions starting in a Hollywood basement and continuing in the unlikely idyll of Big Sur, where they used a studio converted from a barn at Beach Boy Al Jardine's spread. Recording was done in Los Angeles and at Malibu's Shangri-La Studios. The result is the most heartfelt, playful and accomplished album in the band's storied career.