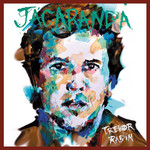 He's released many soundtracks in the interim, but 'Jacaranda' is Trevor Rabin's first new solo project since his 'Can't Look Away' album from 1989.

The extremely versatile Rabin covers a wide range of styles on 'Jacaranda', including rock, jazz, and classical. Trevor plays all of the instruments himself, with the exception of drums on the tracks, for which he brought in noted jazz/rock drummer Vinnie Colaiuta (Sting, Frank Zappa), longtime Rabin drummer Lou Molino III, and Trevor's son Ryan Rabin (Grouplove). Noted bass guitarist Tal Wilkenfeld (Jeff Beck, Herbie Hancock) plays on the track "Anerley Road." Vocalist Liz Constintine is featured on the track "Rescue," inspired by the film 'The Guardian'.