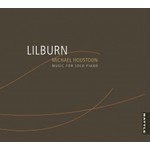 "In 2010 I was approached by playwright Dave Armstrong to see if I might be interested in being part of Rita and Douglas, a theatrical presentation built around the letters written to Douglas Lilburn by painter Rita Angus." MH

"In 2010 I was approached by playwright Dave Armstrong to see if I might be interested in being part of Rita and Douglas, a theatrical presentation built around the letters written to Douglas Lilburn by painter Rita Angus. The letters that Lilburn wrote to Angus were destroyed, so his contribution to the dialogue in the show was replaced by his music. It is a marvellous concept, and the show has achieved great success. As Rita, actor Jennifer Ward-Lealand triumphed in solving the difficult problem of turning words that were written to be read into powerful and moving speech.

To help Dave in his selection of the music, I made a study of all of Lilburn's compositions for solo piano - a much larger corpus than I had realised. Although this album does not comprise a soundtrack of Rita and Douglas, a considerable amount of music from the show has been included. It may be fair to say that the balance is made up of music I might have liked to be in the show but for which there was no room.

In the end we have come up with something of a 'sampler' - music from all periods of Lilburn's life: a sonata, a sonatina, longer short pieces, shorter short pieces, music for children, and incidental music for Shakespeare's plays. I am grateful to Dave (and Jennifer, Conrad, Paul, Nik, Caroline, Lucie and Abby) without whom there would be no Rita and Douglas and without whom I might never have come to know this wonderful and valuable music."
- Michael Houstoun, October 2012

Bagatelle No. 1
for piano

Bagatelle No. 4 (From the Port Hills)
for piano

Bagatelle No. 5
for piano

Moths and Candles
for piano

Players' Music (from Hamlet)
for piano

Sonatina No. 2
for piano

Willow Song (from Othello)
for piano

Pictures at an Exhibition (with works by Beethoven & Brahms)