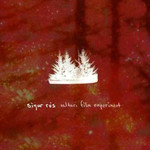 Sigur Rós's ambitious plan to make a film for every track on last year's 'Valtari' album drew to a close in December with one of the series' most ambitious submissions from director Floria Sigismondi. The flyblown 10-minute mini-epic features indie movie stars Elle Fanning and John Hawkes, as father and daughter, one of whom may be dead.

The sixteenth film in the series, it renews Sigur Ros's relationship with Sigismondi, who in 2003 won the European MTV video of year for the band's 'Vaka', in which gas-masked school children played in the black snow of a nuclear winter.

Now all 16 Valtari films are collected together as the 'Valtari Film Experiment'. The release includes all 14 films commissioned by the band, alongside the two winning entries from a parallel public competition, plus three additional making-of features.