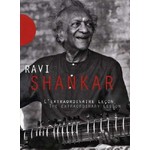 This rare documentary revisits the life and the art of Ravi Shankar, the most famous Indian sitar virtuoso and first ambassador of Indian music. From 1956 he popularized Indian music in the Western world. The film shows Ravi transmitting his art to his daughter Anoushka. He gave his last European concert in Paris, at the Salle Pleyel, and the only public lesson on his art he ever held, a moment of great emotion. This documentary which mixes scenes of musical performances, teaching and sound recording, is a sort of farewell by and to the artist.