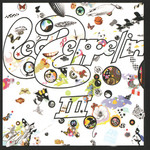 John Bonham, John Paul Jones, Jimmy Page and Robert Plant came together in 1968 as Led Zeppelin. Over the next decade, the band would become one of the most influential, innovative and successful groups in modern music, selling more than 300 million albums worldwide. This series of reissues has been remastered by guitarist and producer Jimmy Page.

Coming In From The Dark

Chemtrails Over The Country Club