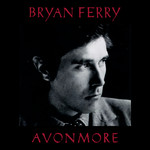 "On the album art of Avonmore, the record he released when he was a year shy of 70, Bryan Ferry showcases himself as a dashing young man -- a portrait of an artist not as a glam trailblazer or distinguished elder statesman, but rather caught in an indeterminate time between the gorgeous heartbreak of Roxy Music's Avalon and the meticulous solo work that came immediately in its wake. This is Ferry's prime, a moment when his legacy was intact but yet to be preserved in amber. Avonmore consciously evokes this distinct period, sometimes sighing into the exquisite ennui of Avalon but usually favoring the fine tailoring of Boys & Girls, a record where every sequenced rhythm, keyboard, and guitar line blended into an alluring urbane pulse. Ferry isn't so much racing to revive a younger edition of himself as much as laying claim to this particular strand of sophisticated pop, one that happens to feel a shade richer now when it's delivered by an artist whose world-weariness has settled into his marrow but is yet to sadden him. This much is apparent on Avonmore's closing covers, an oddly appropriate pairing of Stephen Sondheim's "Send in the Clowns" and Robert Palmer's "Johnny & Mary" that are both given gently meditative electronic makeovers, but much of the record explores the other end of the Ferry spectrum, where he's making music to dance away the heartache. He's no longer on the floor himself, preferring to watch with a bit of a bemusement, but this reserved romanticism suits him perfectly, particularly because Ferry and his co-producer Rhett Davies -- a steady collaborator since 1999's standards record As Time Goes By -- place an emphasis on mood but not at the expense of the songs. Naturally, what is first alluring about Avonmore is its feel -- it's meant to be seductive -- but the songs are what makes this record something more than a fling." - AllMusic.