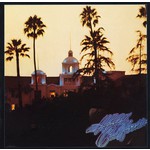 Pressed on 180 gram vinyl with original album artwork, the fifth studio album from the Eagles. It's also one of their commercially successful albums, going platinum 16 times in the US, 6 times in the UK, and 10 times in Canada. It reached #1 in the US four times in 1977, making it one of the best-selling albums of that year.