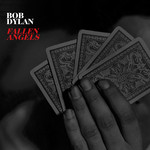 The album was recorded at Capitol Studios in Hollywood in 2015.