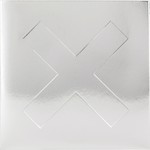 The xx
I See You

I See You marks a new era for the London trio of Romy Madley Croft, Oliver Sim and Jamie Smith, both sonically and in terms of process. For while xx and Coexist were both made in relative isolation in London, I See You was recorded between March 2014 and August 2016 in New York, Marfa TX, Reykjavik, Los Angeles and London, and is characterised by a more outward-looking, open and expansive approach. Produced by Jamie Smith and Rodaidh McDonald, I See You is The xx at their boldest yet, performing with more clarity and ambition than ever before.

"I See You is perhaps the bravest album of the band's career, the one laden with the most changes, with the most prolonged journeys into the unexpected. Yet it also feels resolutely like The xx - it's almost as though by unhooking themselves from expectations the band have found renewal."
Clash - 9/10

"Prefaced by a series of more outgoing tracks, I See You has been touted as the xx's least insular album thus far. If Jamie Smith's solo outing of 2015, In Colour, constituted a successful experiment with shades beyond the minimal monochrome that originally defined the band, then I See You finds them a little gaudier of palette. Using samples for the first time, they have tweaked their sound in myriad ways, while still retaining the sense of proximity within spaciousness for which they are famous. You could say it was more commercial, if the mainstream hadn't been biting the xx's style relentlessly."
The Guardian - 4/5

"They are exciting precisely because they refuse to reveal everything about themselves, and because there is an ambiguity to be found in lyrics that come across as bluntly personal. It's a talent that was present in their first two albums, only this time, they've let the light in a bit."
The Independent

"The xx have expanded their horizons without sacrificing any of the emotional intimacy that makes them one of the most compelling acts around."
Uncut

I Am Easy To Find