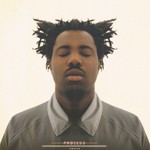 Since the release of his debut 'Sundanza' EP in 2010 and 2013's 'Dual' EP, Sampha has quietly but assuredly become one of the UK's most enigmatic and respected artists.

Still just twenty seven years old, he has lent his vocal, production and songwriting talents to a range of standout releases, from UK contemporaries such as FKA twigs, Jessie Ware and SBTRKT to world-renowned superstars like Drake, Kanye West and, most recently, on Frank Ocean's Endless and Solange's A Seat At The Table albums.

"His charmingly breathy voice, at once both delicate and powerful, is an unmistakable one and has become hot property over the years. Whether it's launching both himself and SBTRKT into the mainstream on the latter's debut album, or it's being sought after by anyone from Drake to Kanye, and even both Knowles sisters, it's a voice that truly brings everything together.

In most of these songs, it's Sampha that shines brightest. It doesn't matter whose name is in lights, Sampha is always MVP. It's no surprise, then, that when he is thrust into that spotlight alone he truly excels. His long-awaited debut Process reveals the man behind the voice; a chance for him to a create a space where he can truly express who he is." - Line of Best Fit 9/10

Plastic 100°C
Blood On Me
Kora Sings
(No One Knows Me) Like The Piano
Take Me Inside
Reverse Faults
Under
Timmy's Prayer
Incomplete Kisses
What Shouldn't I Be?