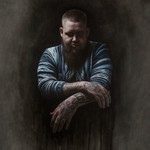 Rory Graham has been honing his craft for 15 years, from his teens as rapper Rag'n'Bonez in his native Uckfield to open mic hero in nearby Brighton, where he began busting out one of the strongest modern blues vocals to ever shake the south coast. That it's taken him this long to release his debut seems strange, but in many ways Graham's story is similar to that of Paloma Faith - another homegrown talent who spent a decade knocking about with a 1950s-styled garage covers band, the Penetrators, before breaking through into megastardom.

Although it took Faith a few albums to be noticed by the Brit Awards voting panel, Rag'n'Bone Man has already scored his first gong, the 2017 Critics Choice Award, following in the footsteps of James Bay, Sam Smith and Jack Garratt. 'Human' references all three artists, from the sleek pop nous of Smith and the vintage nods of Bay to the experimental looping of Garratt. The heady title track melds all three, mixing up beats, blues and moody production, but it's the brute force of his vocals that carries the record.

When it comes to big, belting choruses backed with equally sizeable orchestration, Graham doesn't muck about. 'Grace' brings Memphis majesty into the mix and 'Arrow' smacks of Amy Winehouse at her sassiest, while 'Be The Man' has the easiness of an Ed Sheeran melody. 'Die Easy', a fully a capella track, is full of Delta Blues clichés that seem out of kilter with a guy from East Sussex, but Graham's powerful voice just about manages to override the irony.