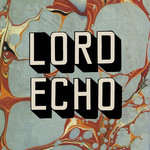 "I made this record primarily with DJs in mind. DJs and record nerds. They are generally people who really love music and are often obsessed with various aspects of it. And they still buy records! I respect that. I'm not making music for people for whom it's just some background noise in their lives; I'm making music for people for whom it IS their lives. And for better or worse, I guess I am one of those people." - Lord Echo