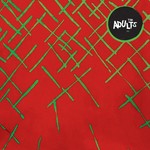 2011 saw the first collaborative project from Shihad's Jon Toogood under the moniker The Adults. He and Tiki Taane produced the self-titled, Top 5 critically acclaimed album, which also received a nod for Album of the Year at the NZ Music Awards in 2012.

After another hugely successful album FVEY with Shihad in 2014, Jon began to search for ideas for the second chapter in The Adults journey, gathering inspiration from his wedding in Khartoum, Sudan and the traditional music Aghani-Al-Banat performed at the ceremony. Aghani-Al-Banat literally translates to 'girls music' and is one of the only aspects of Sudanese music that deals exclusively with women, their lives and their issues. Completing a recording session in Khartoum with a group of female musicians to capture this style of music and its performance Jon bought these recordings home to begin writing western pop arrangements around them, inviting co-producer Devin Abrams (Pacific Heights/Shapeshifter) to shape the sound and beats of HAJA.

Together they explored collaborations with a cast of fresh and captivating New Zealand female pop, hip-hop and soul vocalists including JessB (Bloodlines), Estère (Bloodlines), Miloux (Because Of You), and Chainsmokers co-writer Chelsea Jade (Boomtown). These rounded out with key contributions from award winning established soul singer Aaradhna (That Gold) and male MC's Raiza Biza (Boomtown/That Gold) and the #1 selling Kings (Take it on the Chin) have perfectly embellished the eight stunning tracks that embody HAJA, the long awaited second Adults collaboration project.