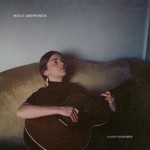 Holly Arrowsmith
A Dawn I Remember

A self-written volume, A Dawn I Remember has slowly taken shape over two years. The vast majority of the songs were written in New Zealand, though one was penned in the Rocky Mountains of Colorado (Slow Train Creek).

"At the same time we were travelling, meeting wonderful people and sharing music on the other side of the world, but always longing for the very human desire for one place - and often a place or time that we can't return to," Arrowsmith explains.

"The line 'A Dawn I Remember' captured that feeling, I read it in a Rumi poem (13th Century poet) and it made me cry. I had a feeling that the album's name would jump out from something I'd read".

The songs that would soon band together to create an album, were then recorded in the small southern New Zealand town of Colac Bay with Steve Roberts and Tom Lynch, and finished off at The Sitting Room with widely acclaimed, award-winning engineer and producer Ben Edwards (Julia Jacklin, Tami Neilson, Marlon Williams, Delaney Davidson).

Over nine tracks, Arrowsmith addresses homesickness, experiencing loss and painful growth, and finding renewed hope in the dim places. These are experiences documented and compiled over her journey north and back south again, intertwining references to nature and the mountains around Lake Wakatipu that raised her. She cites the dark forests hidden along the sweeping, stretching southern roads, along with characters she met along the way in a gorgeous collection of songs - each with their own engaging, observational tale.

Out Of The Blues